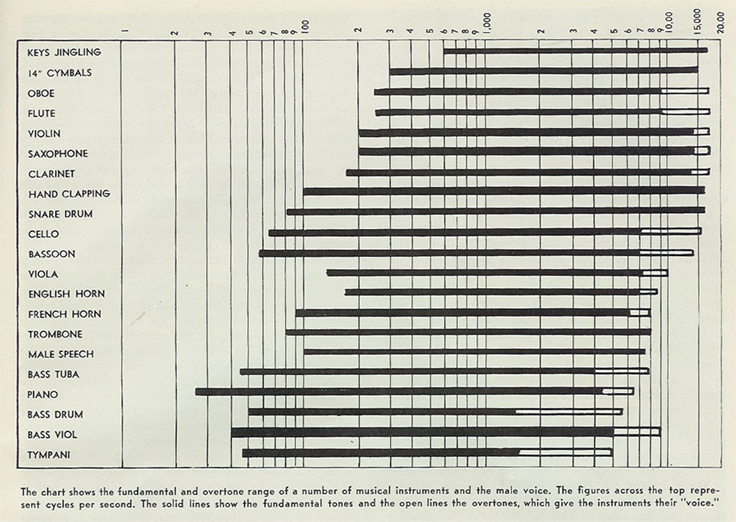 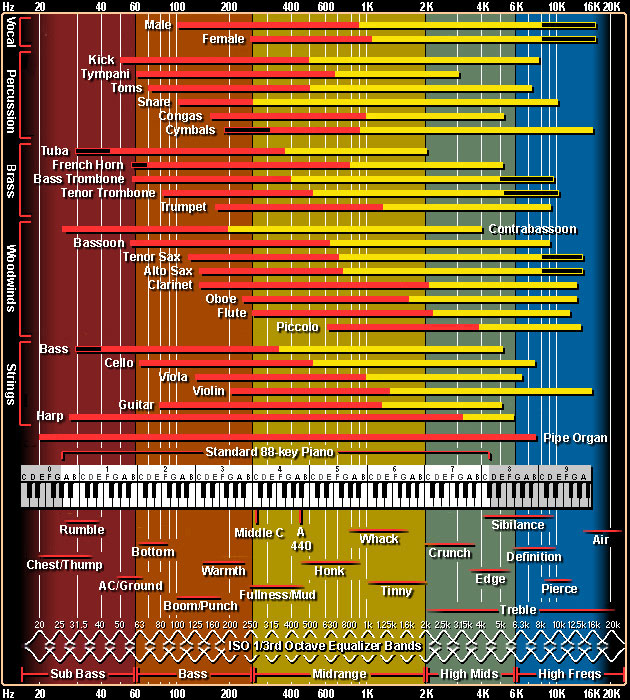 Sound in a variety of fields

Broadcasting is the distribution of audio and video content to a dispersed audience via any audio or visual mass communications medium, but 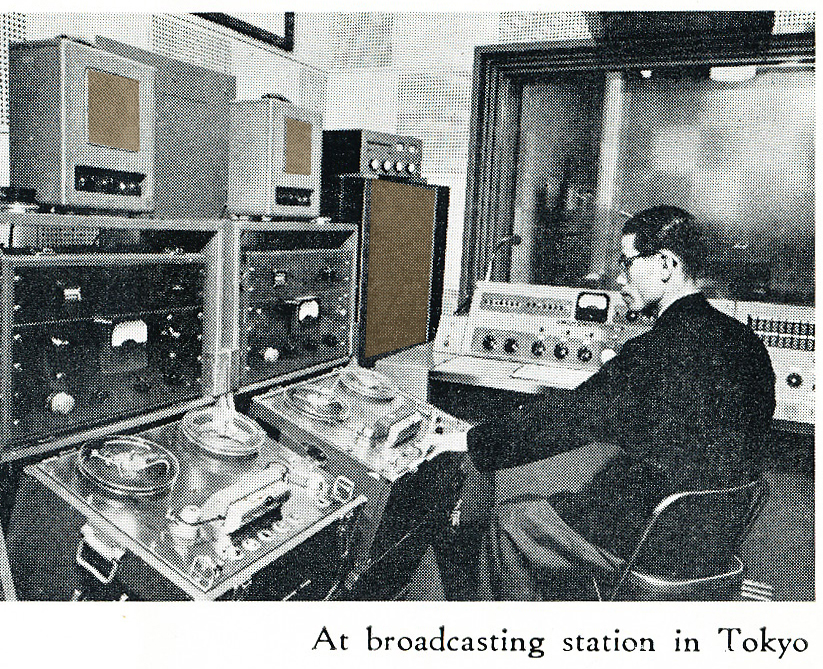 usually one using electromagnetic radiation (radio waves). The receiving parties may include the general public or a relatively large subset thereof. Broadcasting has been used for purposes of private recreation, non-commercial exchange of messages, experimentation, self-training, and emergency communication such as amateur (ham) radio and amateur television (ATV) in addition to commercial purposes like popular radio or TV stations with advertisements.

The term broadcast was first adopted by early radio engineers from the Midwestern United States, treating broadcast sowing as a metaphor for the dispersal inherent in omnidirectional radio signals. Broadcasting is a very large and significant segment of the mass media.

With the invention of recorded sound, educators were able to start bringing sound recordings into the classroom. From the beginning with records, then to audio-cassettes, then to CD’s, up until now with mp3’s and digitally streamed recordings; recorded sound has enabled teachers to start bringing in content that some students never would have been introduced to otherwise. 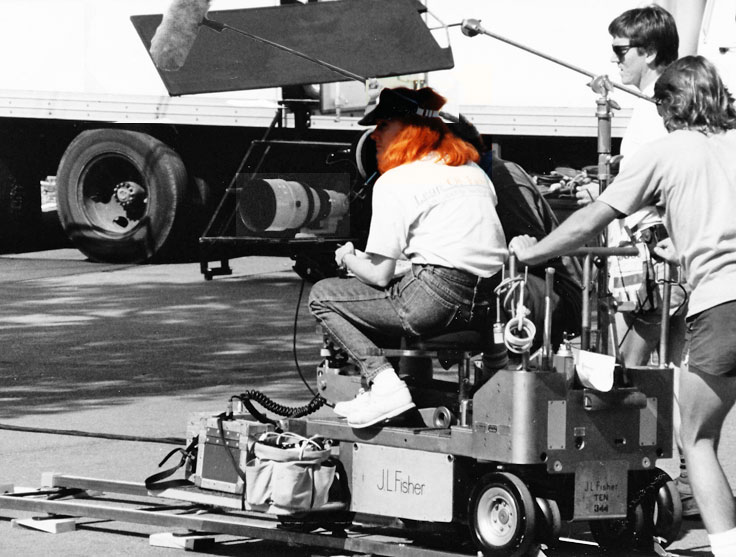 A sound film is a motion picture with synchronized sound, or sound technologically coupled to image, as opposed to a silent film. The first known public exhibition of projected sound films took place in Paris in 1900, but decades passed before sound motion pictures were made commercially practical. Reliable synchronization was difficult to achieve with the early sound-on-disc systems, and amplification and recording quality were also inadequate. Innovations in sound-on-film led to the first commercial screening of short motion pictures using the technology, which took place in 1923.

The primary steps in the commercialization of sound cinema were taken in the mid- to late 1920s. At first, the sound films incorporating synchronized dialogue—known as "talking pictures", or "talkies"—were exclusively shorts; the earliest feature-length movies with recorded sound included only music and effects. The first feature film originally presented as a talkie was The Jazz Singer, released in October 1927. A major hit, it was made with Vitaphone, the leading brand of sound-on-disc technology. Sound-on-film, however, would soon become the standard for talking pictures.

By the early 1930s, the talkies were a global phenomenon. In the United States, they helped secure Hollywood's position as one of the world's most powerful cultural/commercial systems (see Cinema of the United States). In Europe (and, to a lesser degree, elsewhere), the new development was treated with suspicion by many filmmakers and critics, who worried that a focus on dialogue would subvert the unique aesthetic virtues of soundless cinema. In Japan, where the popular film tradition integrated silent movie and live vocal performance, talking pictures were slow to take root. In India, sound was the transformative element that led to the rapid expansion of the nation's film industry—the most productive such industry in the world since the early 1960s.

The swearing-in ceremony administered by Judge Hughes in an Air Force One conference room represented the first time that a woman administered the presidential oath of office as well as the only time it was conducted on an airplane. Instead of the usual Bible, Johnson was sworn in upon a missal found on a side table in Kennedy's Air Force One bedroom. After the oath had been taken, Johnson kissed his wife on the forehead. Mrs. Johnson then took Jackie Kennedy's hand and told her, "The whole nation mourns your husband."

At almost exactly the same time as the ceremony, CBS anchor Walter Cronkite read aloud on the air wire copy from the Associated Press officially confirming Kennedy's death, subsequently adding that Johnson would be sworn in as president. According to the Museum of Broadcast Communications's Encyclopedia of Television, during their frantic afternoon coverage of the unfolding events, American broadcasters made a "determined effort" to refer to him as "President Johnson"

The famous photograph of the inauguration was taken by Cecil Stoughton, John F. Kennedy's official photographer. On Stoughton's suggestion Johnson was flanked by his wife and Jacqueline Kennedy, facing slightly away from the camera so that blood stains on her pink Chanel suit would not be visible. The photograph was taken using a Hasselblad camera. The inauguration was sound recorded by White House press secretary Malcolm Kilduff using Air Force One's dictaphone. 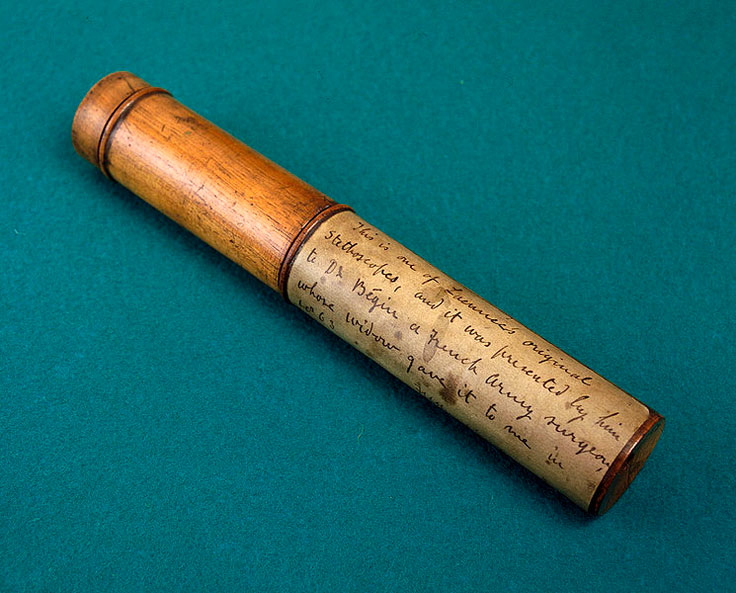 Made of wood and brass, this is one of the original stethoscopes belonging to the French physician Rene Theophile Laennec (1781-1826) who devised the first stethoscope in 1816. It consists of a single hollow tube. The familiar binaural stethoscope, with rubber tubing going to both ears, was not developed until the 1850s. Regarded as the father of chest medicine, Laennec demonstrated the importance of the instrument in diagnosing diseases of the lungs, heart and vascular systems. Ironically, he died of tuberculosis. Science Museum London

Doctors used early Miles Reproduction Walkie RecordAll to dictate notes back when they made house calls. The Walkie RecordAll in our collection was used by a doctor in the mid west. The Walkie-Recordall was a portable audio recorder that recorded to a plastic type belt (see photos below).The belt was called a Sonoband. The recorder measures10.5 x 5 x 9 with the thing closed up. A needle etched the sound onto the Sonoband. The belt measures 16.5 x 1.75. The Walkie-Recorderall was developed as a dictation machine. The idea was that salesman and business people could carry the thing around and dictate memos which could later be typed up into business reports on typewriters. The technology was also used for spying, but never caught on.

Tape recorders (mainly for dictation) were used by some medical staff beginning in the late 1950's and early 1960's.

In 1964, El Camino Hospital in Mountain View, CA worked with Lockheed Corporation to develop a hospital information system that included medical records, but generally computer manufacturers did not understand the healthcare industry’s needs. 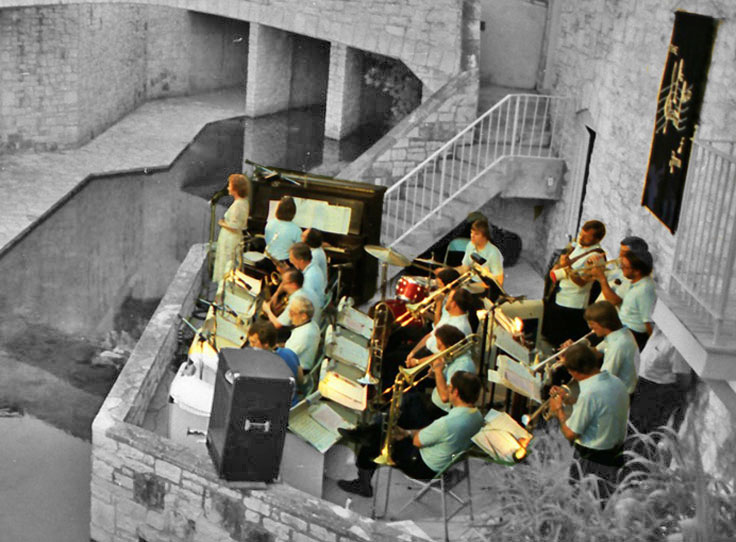 Long before sound was being recorded, music was being recorded, first by means of written notation, then also in forms that made it possible for the music to be played automatically by a mechanical device. The automatic reproduction of music can be traced back as far as the 9th century, when the Banū Mūsā brothers invented "the earliest known mechanical musical instrument", in this case a hydropowered organ which played interchangeable cylinders automatically. According to Charles B. Fowler, this "cylinder with raised pins on the surface remained the basic device to produce and reproduce music mechanically until the second half of the nineteenth century."

In the 14th century, Flanders introduced a mechanical bell-ringer controlled by a rotating cylinder. Similar designs appeared in barrel organs (15th century), musical clocks (1598), barrel pianos (1805), and musical boxes (ca.1800). The fairground organ, developed in 1892, used a system of accordion-folded punched cardboard books. The player piano, first demonstrated in 1876, used a punched paper scroll that could store an arbitrarily long piece of music. The most sophisticated of the piano rolls were "hand-played", meaning that the roll represented the actual performance of an individual, not just a transcription of the sheet music. This technology to record a live performance onto a piano roll was not developed until 1904. Piano rolls have been in continuous mass production since around 1898. A 1908 U.S. Supreme Court copyright case noted that, in 1902 alone, there were between 70,000 and 75,000 player pianos manufactured, and between 1,000,000 and 1,500,000 piano rolls produced. The use of piano rolls began to decline in the 1920s although one type is still being made today. 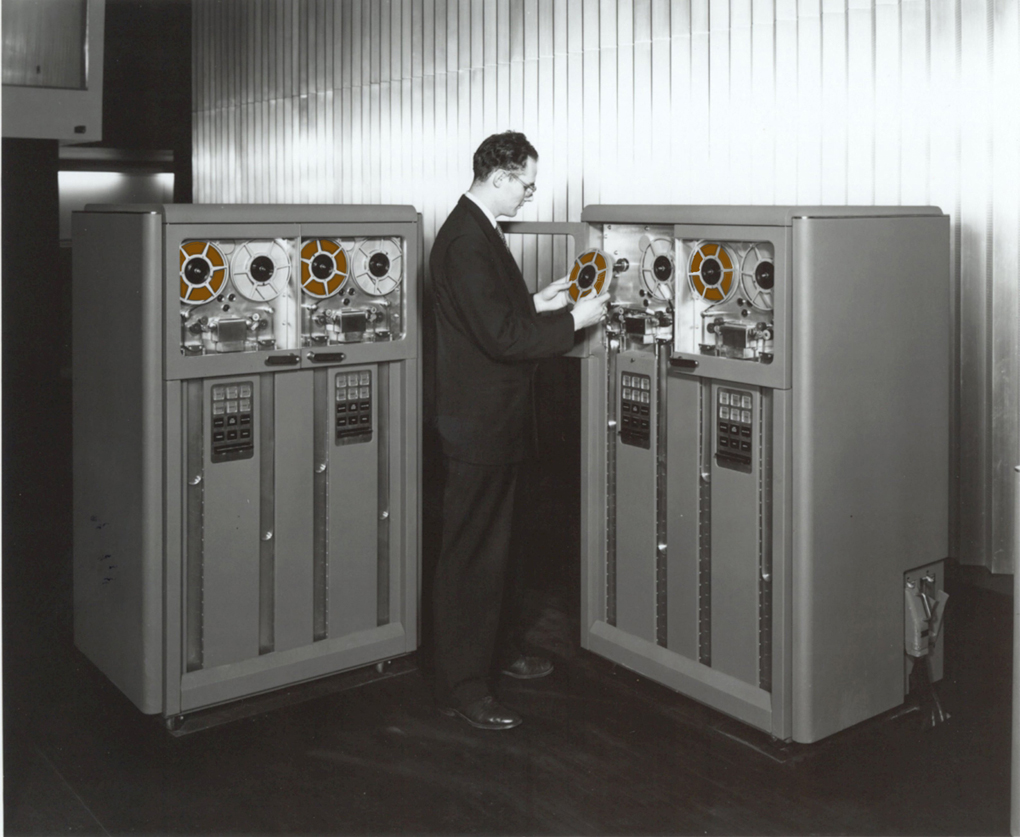 Magnetic recording has played a major role in science. Many recording innovations have been brought about by defense developments  and NASA.

Thanks to NASA's far-flung Voyager 1 spacecraft, now exploring the final frontier beyond our solar system, humanity can tune into the sounds of interstellar space.

Scientists announced Thursday that Voyager 1 left the solar system in August 2012 after 35 years of spaceflight, making it the first craft ever to reach interstellar space. No other man-made object has ever traveled so far away from its home planet.

To mark the occasion, NASA unveiled the first Voyager 1 recording of the sound of interstellar space, offering the probe's strange, otherworldly take on its new frontier. The sounds are produced by the vibration of dense plasma, or ionized gas; they were captured by the probe's plasma wave instrument, NASA officials wrote in a video description. [Voyager 1's Journey to Interstellar Space: A Photo Tour]

"When you hear this recording, please recognize that this is an historic event. It's the first time that we've ever made a recording of sounds in interstellar space," Don Gurnett, principle investigator for the Voyager plasma wave investigation, said in a news conference.

Researchers used the plasma data to infer that Voyager 1 first came into contact with the interstellar medium, effectively taking humanity between the stars, on or around Aug. 25, 2012. NASA 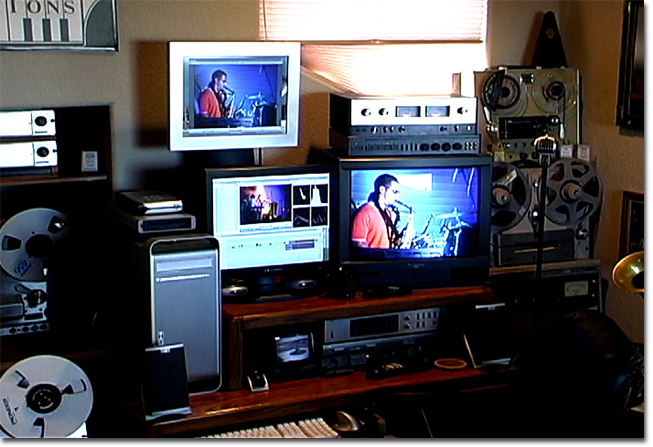 A videotape is a recording of images and sounds onto magnetic tape as opposed to film stock used in filmmaking or random access digital media. Videotapes are also used for storing scientific or medical data, such as the data produced by an electrocardiogram. In most cases, a helical scan video head rotates against the moving tape to record the data in two dimensions, because video signals have a very high bandwidth, and static heads would require extremely high tape speeds. Videotape is used in both video tape recorders (VTRs) or, more commonly and more recently, videocassette recorder (VCR) and camcorders. Tape is a linear method of storing information and since nearly all video recordings made nowadays are digital direct to disk recording (DDR), videotape is expected to gradually lose importance as non-linear/random-access methods of storing digital video data become more common.

Information stored can be in the form of either an analog signal or digital signal. 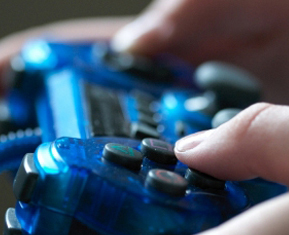 At the time video games emerged as a popular form of entertainment in the late 1970s (the golden age of arcade video games and second-generation consoles), music was stored on physical medium in analog waveforms such as compact cassettes and phonograph records. Such components were expensive and prone to breakage under heavy use making them less than ideal for use in an arcade cabinet, though in rare cases, they were used (Journey). A more affordable method of having music in a video game was to use digital means, where a specific computer chip would change electrical impulses from computer code into analog sound waves on the fly for output on a speaker. Sound effects for the games were also generated in this fashion. An early example of such an approach to video game music was the opening chiptune in Tomohiro Nishikado's Gun Fight (1975).

While this allowed for inclusion of music in early arcade video games, it was usually monophonic, looped or used sparingly between stages or at the start of a new game, such as the Namco titles Pac-Man (1980) composed by Toshio Kai or Pole Position (1982) composed by Nobuyuki Ohnogi. The first game to use a continuous background soundtrack was Tomohiro Nishikado's Space Invaders, released by Taito in 1978. It had four simple chromatic descending bass notes repeating in a loop, though it was dynamic and interacted with the player, increasing pace as the enemies descended on the player. The first video game to feature continuous, melodic background music was Rally-X, released by Namco in 1980, featuring a simple tune that repeats continuously during gameplay] The decision to include any music into a video game meant that at some point it would have to be transcribed into computer code by a programmer, whether or not the programmer had musical experience. Some music was original, some was public domain music such as folk songs. Sound capabilities were limited; the popular Atari 2600 home system, for example, was capable of generating only two tones, or "notes", at a time.